PAY ATTENTION: Click “See First” under the “Next” tab to see Briefly News on your News Feed!

A momentous opportunity looms in the local automotive industry as the launch of the locally built bakkie Isuzu D-Max is imminent. In 2019, Isuzu announced a R1.2 billion investment to build the seventh-generation D-Max at its Struandale plant in Gqeberha and earlier in March the first example rolled off the production line.

The latest D-Max is the seventh generation Isuzu light commercial vehicle that will be produced in Gqeberha over a period of 42 years.

Isuzu Motors South Africa will officially launch the Isuzu D-Max on April 7, 2022 at the Nelson Mandela Bay Stadium in Gqeberha, quickpic reports. Nicknamed the city of Isuzy, the equipment manufacturer has commissioned the services of local suppliers to ensure the launch of surrounding businesses.

The launch of the D-Max production line at its Struandale factory saw the creation of thousands of jobs, HeraldLive reports. The investment was also crucial to ensure the plant was upgraded to include state-of-the-art manufacturing equipment. 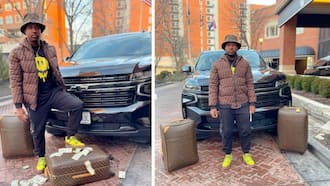 In addition to preparing new facilities for the assembly of the new Isuzu D-Max, Isuzu engineers have been hard at work carrying out validation, homologation and durability tests in preparation for the introduction of the new bakkie in Africa. South and Rest of Africa (ROFA) markets.

South Africans pay more than R20 a liter of petrol: here are 10 tips to save fuel

The recent fuel price hike has seen South Africans shelling out over R20 a liter for petrol, and to be honest, it’s not a great feeling, In brief News reports.

This was one of the largest fuel price hikes to date. That being said, there are ways to make the increase a little more manageable, and that’s why we’ve put together tips for motorists to learn how to go further for less.

By adjusting our driving habits and taking better care of our vehicles, we can reduce fuel consumption and pay less money for our trips.