Formula giant Abbott was running a filthy Michigan production line around the same time a bacterial outbreak linked to its products killed two babies and sickened others, the FDA said.

Food and Drug Administration bosses shared a preliminary report on Tuesday that its inspectors found Abbott failed to maintain clean surfaces and machinery at their formula-making plant in Sturgis. It manufactures many of the top-selling infant formula brands in the United States.

An official report will follow, along with a likely warning from the FDA. It’s not the most serious kind of enforcement the agency can pursue, and aims to give manufacturers the chance to fix a problem. But it will bolster the cases of affected families who are considering suing Abbott for injuring their infants.

The sanitation flaws were found weeks before the products were recalled due to suspected Cronobacter contamination, and FDA inspectors have remained at the plant ever since.

And the FDA says it has found a good reason to link this outbreak to the factory, after discovering eight cases of Cronobacter contamination at the factory between fall 2019 and February 2022.

The FDA reported that Abbott’s formula manufacturing facility in Sturgis, Michigan failed to maintain clean surfaces and had a history of bacterial contamination.

The disease can cause life-threatening infections such as meningitis.

The latest contamination has been linked to five hospitalizations and two infant deaths in Ohio from September 2021 to March 2022, the FDA reported.

The agency said consumers should avoid Similac, Alimentum and EleCare powdered infant formulas that were produced in the filthy facility.

Abbott, which also recalled its Similac PM 60/40 product, said in a statement that it “takes this very seriously and is working closely with the FDA to implement corrective actions.”

The company added: “No Cronobacter sakazakii or Salmonella were found in any of our consumer-distributed product testing.

The company did not say how many units of its products have been recalled, but brands like Similac are among the top-selling formulas in the United States and abroad. 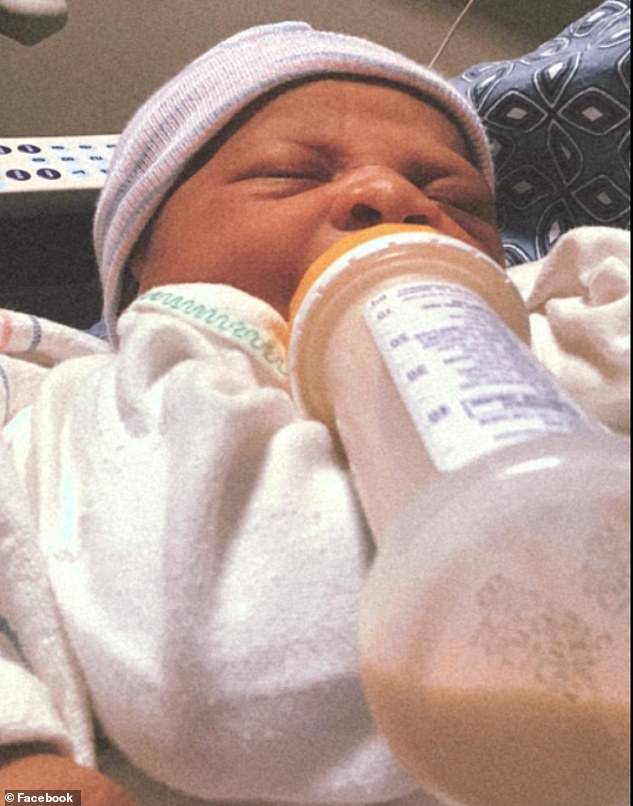 The Cronobacter bacteria was found in the facility during the period when five infants were hospitalized and two died after drinking the formula. Two-month-old Dah’Veon Jones (pictured), from Las Vegas, was the last to fall ill from the product last month 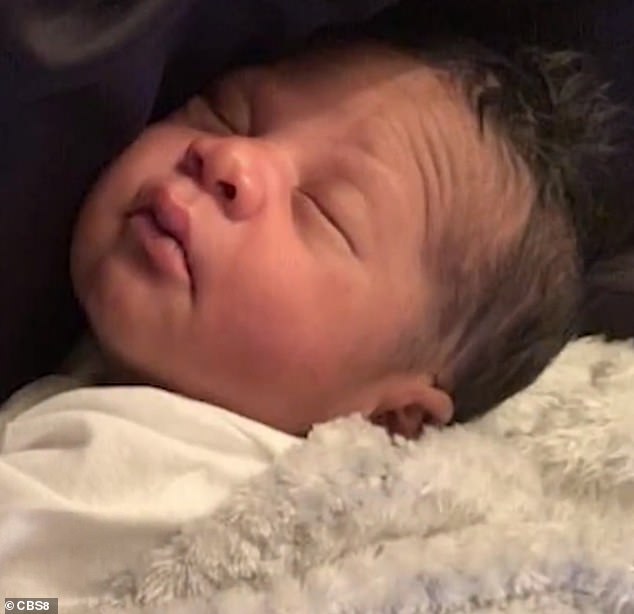 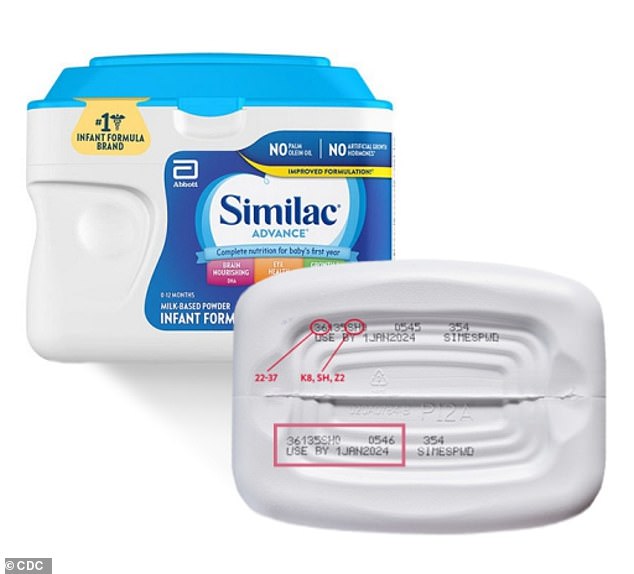 The FDA said consumers should avoid Similac, Alimentum and EleCare powdered infant formulas that were produced in the filthy facility.

How to check if your child’s formula has been affected

The FDA has said shoppers should avoid Similac, Alimentum, and EleCare formulas if they meet all of the following criteria:

Recalled products can be identified by examining the number on the bottom of each container.

Parents can also enter the code on the bottom of the package at similacrecall.com to see if their product is affected or call 800-986-8540. 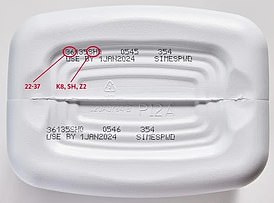 Parents can identify the recalled products by a number at the bottom of each container.

The FDA did not say why investigators did not come to the plant sooner despite the cases that began last September and the product recall that was only sent out last month.

The FDA did not immediately respond to DailyMail.com’s request for comment.

Sarah Sorscher of the Center for Science in the Public Interest told Fox that parents need more answers about how the outbreak happened.

“It sheds a little more light on what went wrong, but we still don’t have all the answers,” Sorscher said.

“Abbott and the FDA really need to do more work to get to the bottom of what happened so we can prevent the next outbreak.”

Tuesday’s news is the latest to be released on the recall after US Senators Patty Murray, of Washington, and Bob Casey, of Pennsylvania, asked the company to hand over documents relating to its factory and the contamination last month. .

At least half a dozen parents filed lawsuits in U.S. district courts in Illinois and Florida in February and March alleging the company used “unfair and deceptive acts and practices intended to mislead the public in error in their promotion, marketing, advertising, packaging, labeling, distribution and/or sale of computer products.

“Families expect their formula to be safe for consumption and free of toxic bacteria and contaminants. They should be able to use these products knowing that they are safe.

According to the FDA, Cronobacter sakazakii bacteria can cause life-threatening infections or meningitis, the symptoms of which may include poor diet, irritability, temperature changes, yellowing of the skin or eyes, raspy breathing and movement. abnormal.

The first symptoms in infants under 1 year old are usually a fever, accompanied by poor feeding, excessive crying or very low energy.

It can also cause intestinal damage and spread to other parts of the body, eventually causing the linings surrounding the brain and spinal cord to swell.

Some infants may also have seizures. 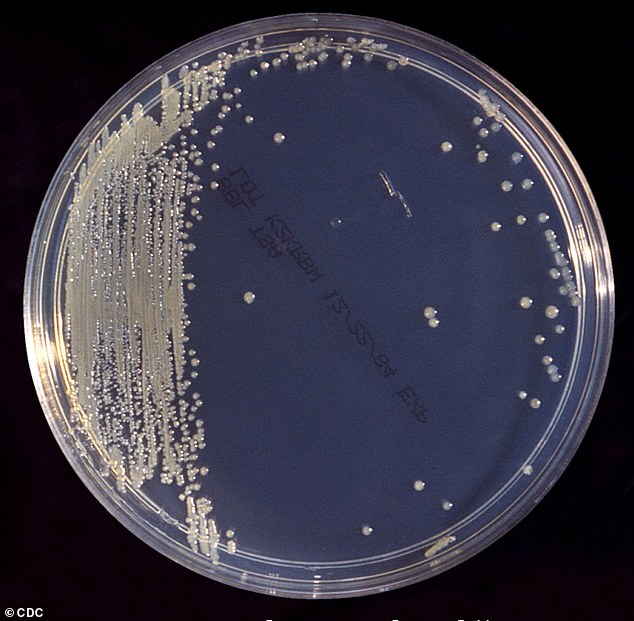 Cronobacter sakazakii bacteria (pictured) can cause life-threatening infections or meningitis

The dangers of Cronobacter sakazakii

Cronobacter sakazakii is a bacterium that can cause life-threatening infections or meningitis.

The first symptoms in infants are usually a fever, accompanied by poor feeding, excessive crying or very low energy.

It can also cause intestinal damage and spread to other parts of the body, eventually leading to swelling of the walls surrounding the brain and spinal cord – or meningitis.

If it gets into the blood, it can also cause jaundice – or yellowing of the skin or eyes.

Two-month-old Dah’Veon Jones, from Las Vegas, was the latest to fall ill from the product after arriving at hospital on February 21 where he was being treated for severe dehydration, a rash and intestinal problems.

Abbott announced a recall of the products on Feb. 17, with Joe Manning, executive vice president of nutritional products, saying in a statement, “We know parents rely on us to provide them with the highest quality nutritional formulas.

“We are taking this step so parents know they can help us meet our high standards as well as theirs.

“We deeply regret the concern and inconvenience this situation will cause parents, caregivers and healthcare professionals.”

Liquid baby formulas are not affected by the recall.

Anyone whose child has symptoms of infection is also encouraged to call their health care provider immediately.