Pasan Liyanage is an in-demand music producer known for his talent at bridging the technical and creative aspects of a song as it moves from a raw track to a polished record.

What is perhaps most fascinating about Liyanage is that he avoids sticking to one style of music, as he thinks that limits his creativity. Since his career is mainly based on making commercials, he told us that it is fundamentally necessary for him to have a good knowledge of all aspects of music, not just focus on just one. He told us, “I’m not locked into a genre. I’ll do whatever style I like, depending on the song. He also added that he found it quite fun to experiment with different styles and genres.

Like most musicians, Liyanage’s interest in the music industry was sparked from an early age. “I have always loved listening to music; I even studied western music at school, because I wanted to understand how music was created. He later worked at the Hit Factory Audio Institute, where he delved into the mysteries of music creation and production.

After acquiring sufficient experience and knowledge in the field, he opened his own audio production company, under the name RedFox, which gave him the opportunity to experiment and orchestrate new musical genres and d ‘reach new heights in the music industry, supported by a dedicated team of professionals.

RedFox has now established itself as a premier audio production company and has been in the industry for a very long time. Speaking about this company, Liyanage proudly said, “We have done a good job so far, in my opinion. People are now recommending us to everyone they know which is a good sign that you are doing an honest job. 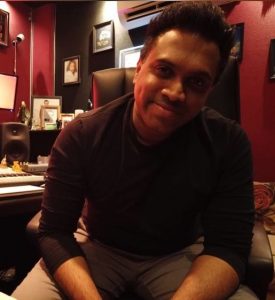 RedFox mainly focuses on commercial audio productions on TV and radio and, according to Liyanage, has produced half of Sri Lanka’s TV commercials, which is a pretty impressive feat. He noted: “Apart from that, we are also in music production. He added that they are appreciated for being punctual with their jobs and making sure they are always up to date with current music trends and equipment in order to provide their clients with better service than money. can buy. On the same topic, he explained how much social media has grown. “TikTok is now a marketing success. Many brands have made a name for themselves just by making TikToks and even some of our customers have started to engage in TikTok marketing, although they have opposed it before.

Listing some of his famous productions, he added: “I have worked with many famous artists over the years; like Tehani, Bachi Susan and many others. Some of the hits included Sihine by Sanuka ft. Tehani, Maath Mage Hitha Hadannam ft. Tharuka Gunarathne, and Ashawari ft. Kalpana Nanayamadhu. He also produced the theme song for President Gotabaya Rajapaksa’s election campaign. Wada Karana Viruwa Monkey, which was a big hit on iTunes.

During the pandemic, RedFox had to move all of its operations to work from home. “Even the voice artists had to sing at home, but it wasn’t that bad. We worked as usual; everything was fine and went well.

With RedFox, Liyanage hopes to make more music abroad and also work with artists abroad. “I love the Indian and Tamil market, and have a keen interest in the Hollywood market as well.” He revealed that RedFox has taken steps to move forward with that goal, adding that they are currently working with a few big labels at the moment.

This year, he was able to release the film by Mariazelle Goonetilleke Kandy Lamissi in a new way, with a twist. Currently he is working on big name albums to be released next year including Yohani, Gayan and many more. He urged his supporters to stay tuned to his work for more.